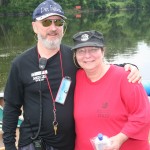 Dr. Steinherz, the director of Leukemia and Lymphoma Studies at Memorial Sloan Kettering Cancer Center, was among the founders of Camp Simcha. During his 30-year tenure at MSKCC, Dr. Steinherz and his colleagues have developed new treatment protocols that have improved the survival rates of patients with ALL from 50 percent to 80 – 90 percent. He is a member of the Leukemia Strategy Group of the Children’s Cancer Group for more than 20 years. During that time, he chaired or co-chaired 11 large national/international studies for the Group and was a committee member of many other investigations. He is known for his warmth, accessibility and love of rafting with campers

Laurel Steinherz is the pediatric cardiologist at Memorial Sloan Kettering Cancer Center and an expert in the cardiac toxicity of cancer and cancer treatment. For the past three decades, she has interacted with colleagues in pediatric oncology to define the cardiac toxicity of new drugs and protocols at MSKCC, the Children’s Cancer Group/Children’s Oncology Group and other international cooperative study groups. She was a co-founder of Camp Simcha with her husband, Peter, and is thrilled to spend time with campers in this wonderful setting. 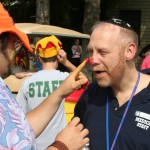 “Dr. Lenny” has been at Camp Simcha for many years. His “office” is the entire camp, and his prescription for recovery includes plenty of laughter and fun. 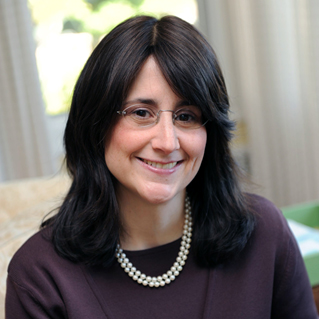 Dr. Carolyn Fein Levy is a Pediatric Hematologist/Oncologist at the Cohen Children’s Medical Center of NY. She is an associate professor of Pediatrics at Zucker School of Medicine at Hofstra/ Northwell. Dr. Fein Levy is a graduate of Icahn School of Medicine at Mount Sinai in NY. She completed her residency in Pediatrics at Mount Sinai Medical Center in NY and her Pediatric Hematology/Oncology Fellowship in 2000, at the Memorial Sloan Kettering Cancer Center.

Dr. Fein Levy is the head of the Pediatric Oncology Rare Tumor and Sarcoma (PORTS) program at Cohen Children’s Medical Center. The PORTS Program is dedicated to the treatment of rare pediatric tumors, including bone tumors, soft tissue sarcomas, germ cell tumors, kidney and liver tumors as well as histiocytic disorders. She leads the pediatric cancer predisposition syndrome and cancer risk program and is the principal investigator for Heathy Futures study, which incorporates family and personal history of cancer with multi-dimensional genomic profiling to understand how genetics may contribute to the development of cancer. Dr. Fein Levy is involved in several research trials studying the biology of solid tumors and the implementation of new drugs and treatment plans that improve the long-term survival of cancer patients. Dr. Fein Levy has published multiple papers on a variety of topics and has presented her work nationally and internationally. Dr. Fein Levy volunteers as the camp doctor for Chai Lifeline’s Camp Simcha since 1998 and since 2009 she has served as the associate medical director of the Camp Simcha Girls Medical Staff. As a cancer survivor, she brings a unique combination of medical expertise and personal experience and serves as a role model and living illustration of all the possibilities of life after cancer. 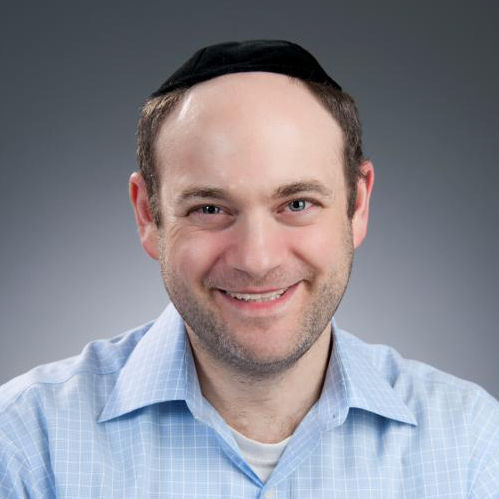 Dr. Yosef Levenbrown is a pediatric critical care doctor at AI duPont Hospital for Children in Wilmington, Delaware. He has been an attending physician there since 2012. In addition to clinical responsibilities, Dr. Levenbrown teaches pediatric residents and pediatric critical care fellows, and has served as research mentor for a number of pediatric critical care fellows. For the past few years, he has been involved in resuscitation research, and he heads the resuscitation committee at duPont. Dr. Levenbrown also serves as the Medical Director of the duPont apheresis program which he helped establish, in addition to serving on the American Society For Apheresis Physician Committee. Dr. Levenbrown is currently the Medical Director of Baltimore Hatzalah, a position he has held since 2014. Dr. Levenbrown has been a doctor at Camp Simcha since 2013, and directly oversees any campers that sleep in the infirmary. After working as a counselor at Camp Simcha from 1992 – 1995, it was his aspiration to return to Camp Simcha on the medical staff when he grew up. 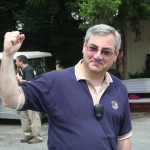 During rhe rest of the year, Dr. van Amerongen is the CEO and Medical Director of Urgent-MD Family Urgent Care Centers, located in the Five Towns of Long Island,  which he founded in 2012.

Dr. Van Amerongen established the first Pediatric Emergency Service at New York Methodist Hospital in Brooklyn, New York in 1995 and served as its Chief for almost 20 years, until 2014. As one of the original faculty members of the Department Of Emergency Medicine, Dr. van Amerongen was appointed Assistant Professor of Emergency Medicine in Clinical Pediatrics at the Weill Medical College of Cornell University.

A graduate of Yeshiva University and the Albert Einstein College of Medicine, Dr. van completed a residency in Pediatrics at North Shore University Hospital, and a fellowship in Pediatric Emergency Medicine at Bellevue Hospital/NYU Medical Center, New York. Dr. Van Amerongen is board certified in pediatric emergency medicine, and is a Fellow of the American Academy of Pediatrics, the American College of Emergency Physicians, and the American Academy of Emergency Medicine. He has published research  articles in medical journals, and has lectured on these topics at national medical meetings.

Dr. Van’s favorite activities at Camp Simcha Special are working with the phenomenal medical staff, singing “Country Road” with the campers, and, when they let him out of the infirmary, enjoying a swim! 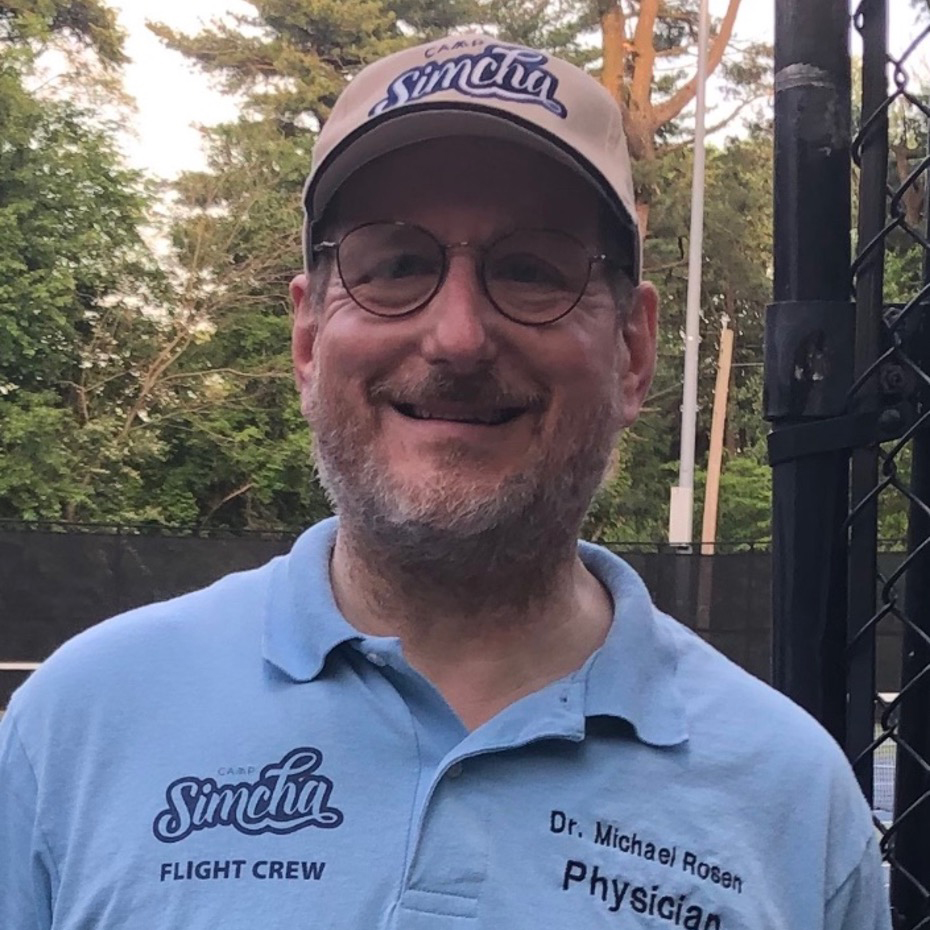 Dr. Michael Rosen is the Associate Medical Director for Camp Simcha Special. He is a Pediatric Emergency Medicine specialist with more than 30 years of experience. Over the years, Dr. Rosen has been in leadership positions in Pediatric Emergency Rooms, including co-director of the PED ER at St. Joseph’s Hospital in Paterson, Associate Director at Maimonides Medical Center in Brooklyn, and Director at the Beth Israel Children’s Hospital of NJ in Newark. His career has been dedicated to teaching of doctors-in-training, noting that he was the Fellowship Director for Pediatric Emergency Medicine at Maimonides and Children Hospital of NJ for more than 15 years and still gives a weekly board preparation course.

Dr. Rosen has been a physician at Camp Simcha Special since its very inception, now more than 20 years. He and his medical team oversee the minute to minute work of meticulously caring for the complex needs of the campers. Staffing, equipment, readiness training, and planning are a year round activity with which Dr. Rosen is diligently involved.

Be the first to know about camp activities all year long.